Police Officer of the Year

Sgt. Chris Stanbery was recognized as Police Officer of the Year at the recent 2014 Chandler Chamber of Commerce Banquet. Chris, who has been with the Police Department since June 1, 2010, was praised for being fair and honest, a hard worker and a dedicated police officer. Chris was also praised for the many successful arrests he has made since he has been on the force, with his most recent being his off-duty nabbing of three burglars in the process of breaking in a home. See The Chandler/Brownsboro Statesman's recent article about Sgt. Stanbery, Sgt. Stanbery Nabs Burglary Suspects. The burglars were also linked to several burglaries in Smith County. "I am proud to have him in my department", said Police Chief Ron Reeves.

Chris enjoys spending his time off relaxing with his girlfriend, Travis, son Ashton and his new grandson, Phoenix. 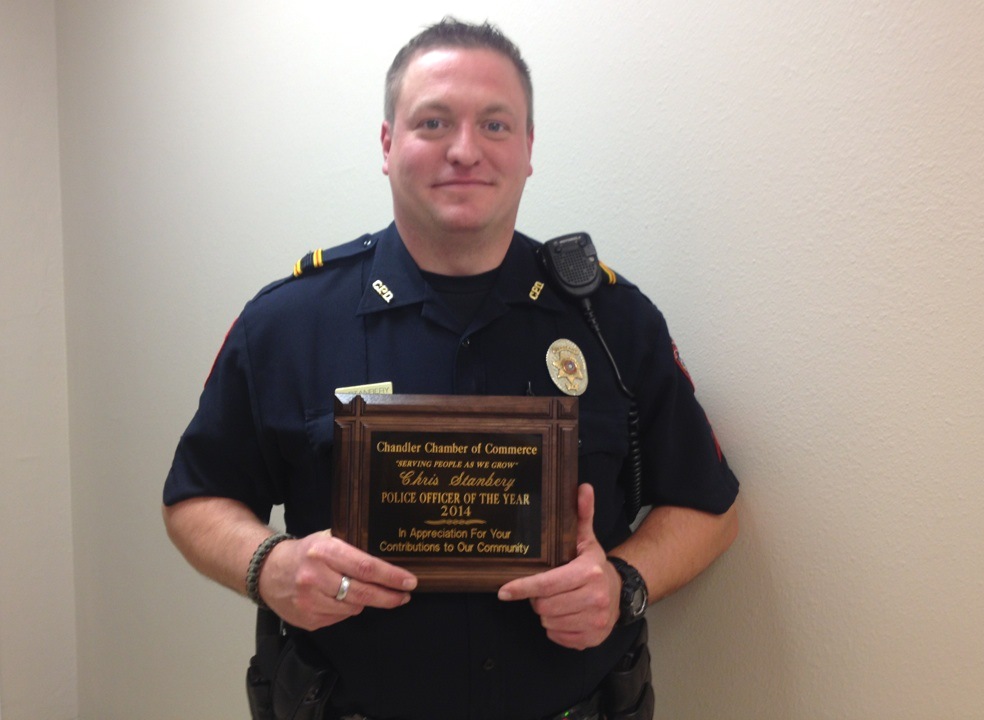